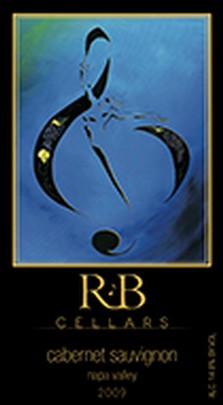 This 2012 R&B Reserve Napa Valley Cabernet Sauvignon is the 25th vintage of our Napa Valley Reserve Cabernet. It's an extraordinary wine with remarkable depth and complexity, with a huge core of dark black cherries, dark black currant, tea, blackberry and violets in the bouquet. The small addition of Merlot enhances the structure, the color and adds a touch of sweet cherries. The flavors of dark black berry, currants, chocolate, mocha and cassis are evident, with a huge juicy blackberry finish. This wine is a classic Cabernet Sauvignon with all of the exotic spice and layers of fruit you would expect from a Reserve wine.

This 2012 R&B Reserve Napa Valley Cabernet Sauvignon is a stunning example of our Reserve Cabernet legacy. This wine is big, bold  with a dark plum skin color. It is 97% Cabernet with 3% Merlot. The aromas of black cherry, blackberry, floral bouquet, tea and plum immediately grab you and pull you in. As it opens the flavors of blackberry, cherry, semi-sweet chocolate, currants and jammy dark fruits dance in the mouth, with hints of pepper and spice and voluptuous tannins. A long, lingering, smooth, round finish. A classic Napa Reserve Cab.

The 2012 R&B Cab Sauvignon was just released and its a thick jammy joy. It doesn't just have legs, it has thick rivulets. Amazing with hot spicy food, but just fine on its own. Kevin hit a home run with this one. (PS 2012 was considered a 'perfect' vintage in the industry and '12 wines are getting hard to find. This won't last!)